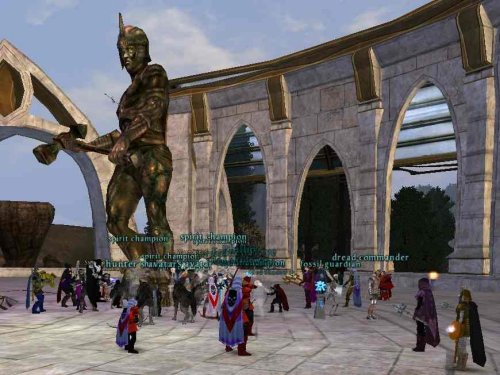 The months following the merger of the 2 largest alliances to create a super alliance were extremely quiet. Ardamel disappeared from the game without promoting a new leader (this was disgraceful in my opinion - LFoM just seemed to grind to a halt. Nobody knew what was going on. He should of at the very least promoted an acting leader. I'm well aware that he suffered some personal troubles during this time but the very least a leader should do in such circumstances is make a quick post on the forum to say he will be away until he had sorted himself out. For someone who was willing to let himself be known as Midgard's unofficial leader this was very irresponsible).


The good news for RS though was that Rauthian also seemed to disappear without trace. One would think that without the constant stream of misinformation being banded about that the 2 alliances could start to form a friendlier, more productive relationship. Well it would of been nice but with Rauthian out of the picture a new a new anti RS standard barer emerged. His name was Kathal. I had little experience of Kathal in the past but the little I had wasn't good. The first time I ever heard of him was when one of my guild members came to me with complaining about being bullied. The bully was Kathal. It seemed that this guy knew Kathal in real life and that they had had a falling out. Kathal basically told him he wasn't allowed to rvr and that he would stop him ever getting a group ever again. He could do this because he was close personal friends with Ardamel. As you can imagine I wasn't best pleased. The guy was so scared of him that he asked me not to tell anyone else, I think he just wanted a shoulder to cry on tbh. I reassured our member that LFoM had being trying to repress us ever since we started and that they had always failed. He seemed fairly happy with that and the incident was left there.


The main difference between Kathal and Rauthian though was that Kathal seemed to be angry with everyone and everything not just our alliance. He threatened to remove his guild from LFoM in a true tantrum (which in my opinion would of been the best thing to happen to LFoM as I truly believe they would still be the largest alliance in the realm if it wasn't for him). It was a 'if the /as channel doesn't stopped being spammed I will remove my guild from the alliance' type ultimatum. He then changed tack to trying to get other guilds removed from the alliance when it seemed his threat hadn't worked. None of this really involved me or RSA until he started using us as a bad example of an alliance. Strange how we were growing and LFoM were shrinking yet were still an example of how not run things? I then countered these arguments (as he was in effect slagging my alliance off) and when he had no answers he basically told me to FO from their forums. This was a common tactic from kathal and he would often tell anyone who disagreed with him to FO from the forums or if they were a LFoM GM to FO from the alliance. He is mainly harmless as his method of arguing is, to be blunt, useless. He would make up statistics which are easily disproved and then turn to personal attacks.


The main worry about Kathal was that he was allowed to say what he liked and when the LFoM leaders never rebuked him he just assumed that everyone either agreed with him or saw him as their new leader. Again, in my opinion, this lack of rebuking a member that frequently goes to far showed weak leadership from the alliance's leader. Now I try to stay out of other guilds/alliances internal business but Kathal becoming their new leader (or at least the party whip) was something that I really didn't want to see happen. It would of been a worse case scenario. The LFoM-RSA relationship would hit yet another low if he was allowed to continue as is. I therefore took it upon my self to urge the leaders of TDA, Nazgul and their other larger guilds to step up a level and take control of LFoM. I pointed out that their alliance was sorely missing a strong leader to guide them. Unfortunately some of them took this the wrong way and thought I was attacking them for being more interested in policing their /as channel than pushing their alliance forward.


Despite the misunderstandings they did eventually get around to electing new leaders. Oneyedjack was the overall leader, with Crushall as his deputy. Corleth was the new RvR leader and for some strange reason they decided they had need of a school prefect type person to run the /as channel and slap the wrists of anyone using it to communicate within their alliance. This was of course Kathal, who wasted no time in persecuting guilds like Atreides and hounding them from LFoM and straight into the RSA. Seems Kathal could turn out to be quite useful to RSA in that role. We have more than a few guilds who joined us just to get away from him. 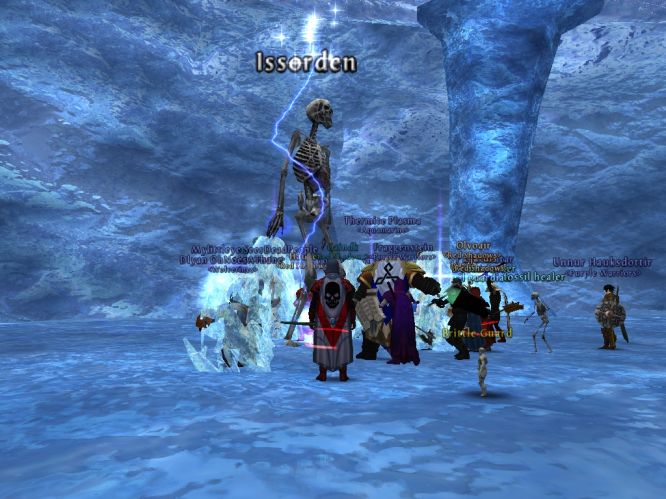 As part of LFoM's new shake up Corleth had become their new RvR leader and wasted no time in getting some events going for them. After a few weeks he challenged RSA to a rvr tournament. The idea was that each alliance would start at the same time and try and take as many towers/keeps as possible within a 2 hour period. Each tower/keep would be worth points depending on it's status e.g. unclaimed keep 100 points, portal keep 200, relic keep 300 etc. Well this would be interesting the RvR alliance challenging the PvE alliance to an RvR contest. We were of course favourites to be the whipping boys but I had a sneaky suspicion that we had closed the gap on them in terms of not only population but rvr nouse. I accepted as I wanted to see just how far we had come. To make sure the event was fair Corleth and I discussed allowing the smaller alliance team to recruit members from out side the 2 alliances to try and balance up the numbers. Sarumans Hand had recently left LFoM and offered to join our team should we be short of people. I readily accepted as I knew that they had a lot of stealthers who would be essential to the quick capture of keeps/towers.


The event day was full of surprises. The first one being that when both alliances did a head count RSA was larger than LFoM, only by 1 or 2, but considering we used to be about a fifth of the size of the WR and LFoM alliances to now be bigger than them both after they'd merged was extremely pleasing to say the least. The second surprise was that we got a much larger turn out for the event and so SH ended up joining the LFoM team. Because the turnout had been quite good it meant a lot of people were going LD whilst zoning into Svasud Faste so it was decided that we would both start from different docks to try and reduce the strain on the servers. Corleth graciously allowed RSA to start from Bledmeer Faste. This would give us about a 2 minute start on LFoM and the choice of targets to hit. Once LFoM were ready Corleth asked if they could set off. We wasn't quite ready yet but with the head start we had I didn't think letting them go before us would be too much of a problem. Within what seemed like only 10 seconds of me telling them they could start we got our 3rd surprise of the day. A full group of high realm rank Hibernian's had spotted our mini zerg of low realm ranks and decided to have a piece of us. 'Great!' I thought, 'good start to the event!'. As it turned out they had probably not seen the rest of the zerg hanging around the bottom of the dock and we dispatched them with a minimum of fuss. Now the games could begin..

Kathal Posted: Tue Jun 21, 2005 6:42 pm LFoM leaders forum.
Being a large alliance RSA was mentioned as a GOOD example of the lame attitude by many guilds in mid. Typical Kathal rant. Because we only had 2 towers claimed (according to his stats which were wrong as per usual) we were considered as having a lame attitude.